For the past 50 years robotics has made leaps forward in the design of robots to support and aide society. Robots take multiple shapes and have multiple functions. Snakes and fish-like robots, with their slim and flexible bodies, support search and rescue teams, by foraging in the debris after earthquakes. Flying robots, smarter than traditional drones, can follow complex paths in poor weather conditions, allowing predicting bad weather conditions and danger of avalanche. Our cars, an example of intelligent robots mounted on wheels, are becoming more autonomous every-day, offering more safety than traditional manual driving. Robots are no longer “asocial” machines. They can recognize your mood and adapt their behavior to your needs. A variety of such socially-aware toy robots are used to educate our children and to provide social interaction to the elderly.

Humanoids, and other androids, are the ultimate robots, encompassing the competences of all robots in a single platform. They can manipulate with dexterity objects, navigate safely in all environments and they interact naturally with humans. They are the robots we have for so long dreamed of; feared, at times, too. They are the new generation of robots that will enter our homes, offering support in our everyday chores, perhaps becoming our friends.

The ICRA 2013 Citizen Forum will survey, through a unique selection of outstanding speakers, recent technological progresses in robotics and assess the extent to which robotics is already changing our daily lives. 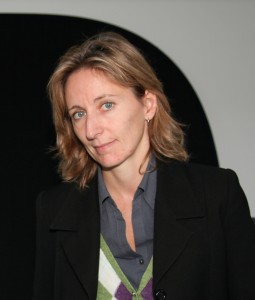 The Citizens Forum can be attended free of charge. A registration is required for organizational reasons. Please register on the following webpage

Groups and school classes please send an email with the number of attendees:

Robots, Humans, and the Web: A Symbiotic Approach to Autonomy

Manuela M. Veloso is Herbert A. Simon Professor of Computer Science at Carnegie Mellon University. She researches in Artificial Intelligence and Robotics. She founded and directs the CORAL research laboratory, for the study of multiagent systems where agents Collaborate, Observe, Reason, Act, and Learn, www.cs.cmu.edu/~coral. Professor Veloso is IEEE Fellow,  AAAS Fellow, and AAAI Fellow. She is the current President of AAAI,  and Past President of RoboCup. Professor Veloso is the author of one book on “Planning by Analogical Reasoning” and editor of several other books. She is also an author in over 280 journal articles and conference papers.

Robots that Run, Fly and Swim

Roland Siegwart (1959) is Full Professor for Autonomous Systems and Vice President Research and Corporate Relations at ETH Zurich since 2006 and 2010 respectively. After a Master and PhD in Mechanical Engineering at ETH Zurich, he was a postdoctoral fellow at Stanford University, senior researcher at ETH and R&D director at MECOS Traxler AG. From 1996 to 2006 he was Professor for autonomous robots at the EPFL Lausanne and member of the board of directors at the School of Engineering (2002-06).

Roland Siegwart is a member of the Swiss Academy of Engineering Sciences, IEEE Fellow and officer of the International Federation of Robotics Research (IFRR). He served as Vice President (2004/05) and AdCom Member (2007/10) of the IEEE Robotics and Automation Society, and was a member of the decision-making body of the German Excellence Initiative. He is and was coordinator of four European projects in the field of UAVs and autonomous robot navigation. Roland Siegwart was general chair of several conferences in robotics including IROS 2002, AIM 2007, FSR 2007, ISRR 2009 and is a co-founder of multiple successful spin-off companies in robotics.

Obelix – A robot on tour

Wolfram Burgrad is professor for computer science at the University of Freiburg and head of the research lab for Autonomous Intelligent Systems. His areas of interest lie in artificial intelligence and mobile robots. His  research mainly focuses on the development of robust and adaptive techniques for state estimation and control. Over the past years he has developed a series of innovative probabilistic techniques for robot navigation and control. They cover different aspects such as localization, map-building, SLAM, path-planning, exploration, and several other aspects. Wolfram Burgard have published over 300 papers and articles in robotic and artificial intelligence conferences and journals. He co-authored two books. Whereas the first one, entitled Principles of Robot Motion – Theory, Algorithms, and Implementations, is about sensor-based planning, stochastic planning, localization, mapping, and motion planning, the second one, entitled Probabilistic Robotics, covers robot perception and control in the face of uncertainty. In 2009, he received the Gottfried Wilhelm Leibniz Prize, the most prestigious German research award. In 2010, he received an Advanced Grant of the European Research Council. He is fellow of the European Coordinating Committee for Artificial Intelligence (ECCAI and fellow of the Association for the Advancement of Artificial Intelligence (AAAI).

Will Humanoid Robots Save the World? 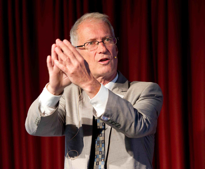 Master’s degree in physics and mathematics and Ph.D. in computer science  (1979) from the Swiss Federal Institute of Technology (ETH) in Zurich, Switzerland. Three years as a post-doctoral fellow at Carnegie-Mellon and at Yale University in the US. Since 1987: professor of computer science at the Department of Informatics, University of Zurich, and director of the Artificial Intelligence Laboratory. Visiting professor and research fellow at the Free University of Brussels, the MIT Artificial Intelligence Laboratory in Cambridge, Mass., the Neurosciences Institute (NSI) in San Diego, the Beijing Open Laboratory for Cognitive Science, and the Sony Computer Science Laboratory in Paris. Elected “21st Century COE Professor, Information Science and Technology” at the University of Tokyo in 2004. In 2009: visiting professor at the Scuola Superiore Sant’Anna in Pisa, and at Shanghai Jiao Tong University in China; appointed “Fellow of the School of Engineering” at the University of Tokyo. Currently: Deputy Director of the NCCR Robotics, the “National Competence Center for Research in Robotics” in Switzerland. Research interests: embodied intelligence, biorobotics, morphological computation, modular robotics, self-assembly and educational technology. Authored books: “Understanding Intelligence”, MIT Press, 1999 (with C. Scheier), “How the body shapes the way we think: a new view of intelligence,” 2007 (with Josh Bongard) MIT Press (popular science style), “Designing intelligence – why brains aren’t enough” (short version – with Josh Bongard and Don Berry, e-book), and “La révolution de l’intelligence du corps”, 2012 (“The revolution of embodied intelligence”; with Alexandre Pitti) (in French). Lecture series: “The ShanghAI Lectures”, a global mixed-reality lecture series on embodied intelligence, broadcast in 2012 from the University of Zurich, and Shanghai Jiao Tong University, China in cooperation with other universities from around the globe.

Robots to the Rescue!

Robin Murphy is a professor of Computer Science and Engineering at Texas A&M, an IEEE Fellow, and director of the Center for Emergency Informatics and the Center for Robot-Assisted Search and Rescue.   Her work inserting ground, air, and marine robots at 15 disasters, starting with the 9/11 World Trade Center collapse and including Hurricane Katrina and Fukushima has led to TIME magazine calling her an innovator in artificial intelligence, WIRED, an “alpha geek,” and Fast Company, one of the most influential women in technology.

The Biology and Technology of Human-Friendly Drones 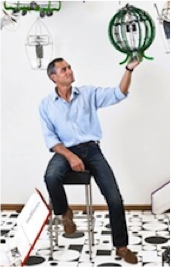 Dario Floreano is full professor, Director of the Laboratory of Intelligent Systems at Ecole Polytechnique Fédérale de Lausanne Switzerland (EPFL) and Director of the Swiss National Center of Robotics, a national strategic initiative bringing together all major robotics labs in Switzerland. His research focuses on the convergence of biology, artificial intelligence, and robotics. He has published more than 300 peer-reviewed papers, which have been cited more than 9K times, and four books on the topics of evolutionary robotics, bio-inspired artificial intelligence, and bio-mimetic flying robots with MIT Press and Springer Verlag. He is member of the World Economic Forum Council on robotics and smart devices, co-founder of the International Society of Artificial Life, Inc. (USA), co-founder of the aerial robot company senseFly Ltd (now member of the Parrot Group), advisor to the European Commission for Future Emerging Technologies, member of the editorial board of 10 professional journals, and board member of numerous professional societies in robotics and artificial intelligence. He is also active in the public understanding of robotics and artificial intelligence, delivered almost 150 invited talks worldwide, and started the popular robotics podcast Talking Robots (now The RobotsPodcast).

Oskar von Stryk is full professor at the Department of Computer Science of TU Darmstadt since 2000 where he leads the Simulation, Systems Optimization and Robotics Group and the DFG funded PhD program GRK 1362 and other cooperative projects. He is a founding member of the Graduate School on Computational Engineering at TU Darmstadt that was established as a centre for top-level research and scientific excellence by the highly competitive Excellence Initiative of the German Federal and State Governments in 2007. After completion of Master in Mathematics with Computer Science and a PhD in Applied Mathematics from TU Munich (1994) he held visiting professor- and lectureships at the University of California, San Diego, and the Universidade Estadual de Campinas, Brazil, and was PostDoc at TU Munich. From 2001 to 2006 he was the founding Dean of the interdisciplinary study center for Computational Engineering and from 2011 to 2013 Dean of the Department of Computer Science at TU Darmstadt. Since 2011 he is a trustee of the RoboCup Federation. He has co-authored more than 150 scientific publications and several patents, co-founded a spin-off company and is regularly asked as a project reviewer by the DFG, EU (FP 7), Austrian FWF, Swedish TFR. His research results have been honored with the 1st price of the EURON/EUROP European Robotics Technology Transfer Award (2009), the Louis Vuitton Best Humanoid Award (2009), the Hessian Cooperation Award (2009, for research cooperation between university and SMEs) and in total five RoboCup World Championships in autonomous humanoid and four-legged robot soccer teams.